Israel was created in 1948, following a UN decision to divide the then British-controlled territory into Palestinian and Israeli entities. The Israeli entity became the democratic state of Israel, whilst the Palestinian soon fell under mainly Jordanian auspices.  Neighbouring Arab countries fought the creation of Israel, and further interstate conflicts occurred in the decades that followed, with Israel fighting Egypt over the status of the Suez canal, and Syria, Jordan and Egypt over various territories. Through these armed conflicts Israel annexed the territories of the Gaza Strip, the West Bank, the Golan Heights and parts of southern Lebanon. These armed conflicts and the occupation of Gaza gave rise to a number of intrastate conflicts, with Israel confronting groups such as Hamas, Fatah, PLO, Hezbollah and the Palestinian Islamic Jihad.In 2014 the conflict between the Israeli government and the Islamic Resistance Movement (Hamas) over Palestinian territories escalated to a full-scale war. The conflict concerns the long-fought over creation of a Palestinian state, with Hamas and other Islamist militant groups (such as the PIJ and PRC) operating from Gaza. In 2014, Israel (which has the highest level of militarisation in the world) launched ''Operation Protective Edge” in the Gaza strip in response to the kidnapping of three Israeli youths, the continuation of rocket fire from Gaza and suspicions that militants were hiding weapons in Gaza schools and refugee shelters. Combat between the Israeli army and Hamas lasted until mid-2014 and caused over 2,000 Palestinian casualties and about 70 on the Israeli side. The escalating conflict has left more than 500,000 Gazans internally displaced. Moreover, infrastructure including hospitals, mosques, UN shelters, university buildings, and the only power plant in the Gaza Strip were heavily damaged during the course of last year. Israel’s strict blockade of the Gaza Strip, in place since 2007, has left 80 percent of its population dependent on humanitarian assistance and at least 57 percent are food insecure.

Extensive efforts from the international community have been made over the years to facilitate peace agreements between Israel and Palestinian representatives, especially under the auspices of the US. The conflict over Palestine became inactive in 2013, as a consequence of the parties' relative adherence to the ceasefire that was agreed upon in late 2012, but further negotiations did not progress far and collapsed completely in 2014.

Prospects of a two-State solution to Israel’s conflict in Gaza have recently become dimmer, especially after Israel’s 2015 re-election of the right-wing Likud party. The UN has warned of the potentially explosive consequences for the entire region, and has urged the international community to boost efforts at bringing both Israeli and Palestinian delegations back to the negotiating table. In April, 2015, the UN Special Co-ordinator for the Middle East Peace Process met with various political entities, government representatives, civil society and business community leaders in Gaza as part of a reconstruction effort, and to commit to strengthening the “unity of Palestine”. The Palestinian Unity Government, formed a year ago, was dissolved recently, with sparring between Hamas groups and government representatives the latest in a long line of heated exchanges between Palestinian leadership. There are concerns that the goal of a unified Palestinian state could be compromised if different Palestinian territories negotiate separately and on different terms with Israel.

One positive step in the peace process was an agreement in mid- 2015 over the Israeli government’s withholding of over $470 million in Palestinian tax revenues – both sides reached an agreement on the release of the revenues, a move in line with the Paris Protocol of the Oslo Accords.Despite this progress, the humanitarian situation in Gaza remains dire and aid workers, such as the UN Relief and Works Agency for Palestine Refugees in the Near East (UNRWA), are working to alleviate an extensive Palestinian refugee crisis.

Israel and Palestine: How COVID-19 is impacting peace and conflict

Israel and Palestine stand out among conflict-fragile countries during the COVID-19 outbreak for their high number of deaths per million...

Ceremony to bring Israelis and Palestinians together in rare joint memorial

"There is a deep sense of hopeless in the Palestinian community. My friends and family do not believe me when I tell them that there is

Fifty young women and men took part in a hackathon in order to find solutions to the barriers to Middle East peace on Friday.

With reports that the White House will unveil a new peace initiative, there are two key lessons from the post-Oslo experience that should in

Israel and Hamas agreed on a truce on Thursday, an understanding that is holding despite border violence.

Hamas has reportedly accepted the terms of a deal proposed by Egypt to end a dispute with its rival Fatah.

The Duke of Cambridge's four-day tour of Israel and Palestine proved a balance of diplomacy and has ignited further calls for peace.... 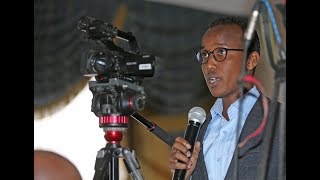 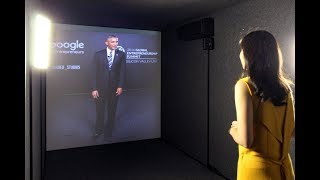 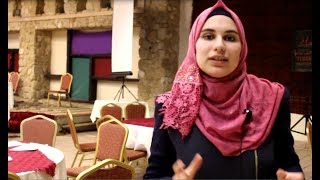 Are Youth the Key to Palestinian Peace?

While the peace process between Israel and Palestine is often conducted at a state level, some groups are working with youth on the ground t 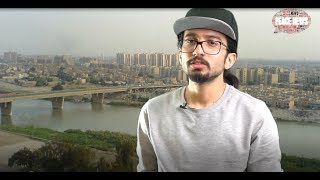 This is Peace News

Meet our team, bringing you peacebuilding news from around the globe... 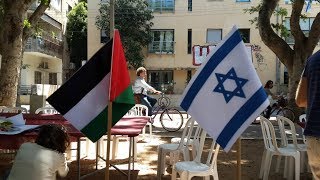 Israel-Palestine: Taking Peace into their Own Hands

Numerous peace attempts have been made between Israel and Palestine, but one group decided to try something new in negotiations... 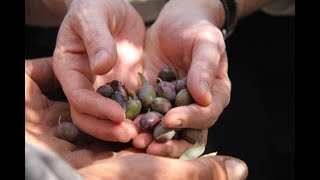 Nearly 90 villages in Israel, the West Bank, and Jordan have come together to support olive farmers, and build a cross-border olive oil trad 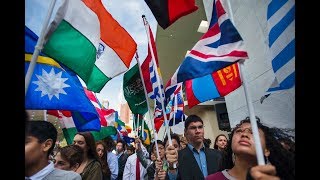 5 Moments of Peace from the Past Year