In 2014 the UN, the EU, the Arabic League, and the Organization of Islamic Cooperation backed a conference in an attempt to resolve the war between opposition groups and the government of President Bashar al-Assad. The parties met for two rounds of negotiations in January and February, in Montreaux and in Geneva, Switzerland during the UN-backed Geneva II Peace Conference. The talks, however, produced no definite agreements.

In 2015, Foreign Ministers of several nations met to try and find a way to end the conflict. An initial set of principles was rejected by the Syrian and Russian governments, but a meeting between the US and Russian Secretaries of State led to UN Resolution 2254. This Resolution put in place a ceasefire that came into effect on February 27th 2016. However, by April the ceasefire had completely collapsed.

In 2017, the UN-backed Geneva IV Peace Conference took place. Beginning on February 1st, it was subsequently suspended until February 25th by the UN envoy to Syria. A ceasefire consistent with the terms of Resolution 2254 began on February 27th.

After almost 25 years of French administration, the independent Syrian Arab Republic was founded in 1946. In 1958 Syria became part of the United Arab Republic, but seceded three years later. In 1971, Hafez al-Assad took power in a military coup and remained President until his death in 2000. During this period, the Muslim Brotherhood was in conflict with the state from 1979-82. Hafez was succeeded by his son, and current leader, Bashar al-Assad. The Assad family belongs to a religious minority, the Alawite Muslims, and their control of power in Syria has caused unrest with the Sunni Muslim majority. The secularization of the state is supported by other minorities, such as the Christians, but several uprisings have occurred against the Assad clan. Originally peaceful protests against the government during the Arab Spring of 2011 were violently suppressed, leading to the current conflict between the government and various opposition groups.

Syria has also engaged in several conflicts with its neighbor, Israel, most often over the disputed Golan Heights area, which was occupied by Israel in 1967. From 1975 to 1990 Syria also provided secondary warring support to various organisations involved in the intrastate conflict in neighboring Lebanon, and the current conflict in Syria has close ties with Lebanese actors.

Syria is currently experiencing three wars; one between the government and opposition groups, one between Islamist groups and Kurdish forces, and one involving inter-opposition violence.  The war between opposition groups and the government has cost the lives of over 400,000 since the 2011 uprising, and has created at least 4.8 million international refugees, with a further 6.3 million internally displaced. The opposition mainly consists of the National Coalition for Syrian Revolutionary and Opposition Forces (NC) and the Free Syrian Army (FSA), its military wing; Islamist groups such as the Jaish al-Fatah and Jabhat Fatah al-Sham; Kurdish groups; and the Islamic State of Iraq and the Levant (ISIS, now IS). Clashes between the opposition groups themselves also escalated to a war in 2014 and have killed at least 11,000 people. The conflict dynamics in Syria have been influenced by territorial advances of IS, with the group announcing an Islamic caliphate (Islamic State) covering parts of Syria and Iraq in 2014. IS' expansion led to an international coalition conducting hundreds of airstrikes against major Islamist groups in Syria in 2014. After significant territorial gains in 2015, areas under IS control reduced in 2016. It lost ground against the Kurds in Raqqa and Aleppo governates, and its final connection to the Turkish border was severed after the Free Syrian Army offensive “Euphrates Shield”.

"The peacebuilders in Iraq have been targeted by the militias, by the Iraqi government, by many different groups just because they' 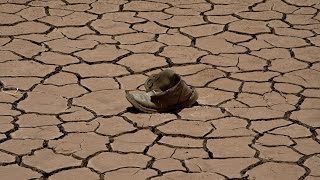 This week Earth Day was celebrated around the world. Here, we take a closer look at the connections between climate change and conflict. 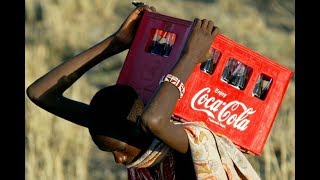 Despite the hardships of fleeing war in Syria, Mohamad is eager to share his approach to the challenges of displacement...

After fleeing Syria, Hanane was devastated and became depressed. Now, the resilient refugee is turning her life around in Lebanon's Beka

When Iman and her family fled Syria, their devastation could have prompted them to lose hope. But opening a falafel stand has changed everyt

A four-way summit on Syria attended by the leaders of Turkey, Russia, Germany and France has begun in the Turkish city of Istanbul. The...

Returning to Syria during this eighth year of conflict is both an excruciating personal decision and a political calculation...

USIP’s Bill Taylor on the importance of a Trump-Putin summit, and the impact it could have on Ukraine, European Elections and the Syrian civ 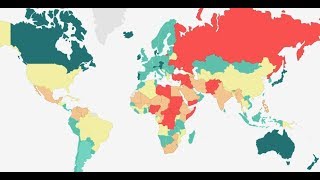 Check out which countries ranked in the top 5 of the latest Global Peace Index, as well as peace trends over the last 10 years and the cost

Could Women be Key to Syrian Peace?

Syrian women continue to be underrepresented in negotiations to resolve the conflict, which could undermine prospects for success.